Have you ever asked yourself, “Why doesn’t the stock market seem to care that the national US debt continues to rise to new record levels?” This question has crossed my mind, and I know it has for some reading this. Currently the national debt is approximately $23 trillion, representing about 23% of gross domestic product (GDP).  I had the opportunity to listen to an ag-economist and professor at K-State, Dr. Barry Flinchbaugh last week on this very topic. He showed a historical chart of GDP growth and noted that our near 2% GDP growth recently isn’t even average – it’s below average. He suggested that the US would need a minimum of 5% GDP growth to stop the debt accumulation and shift towards paying it off.  Based on what I heard, Flinchbaugh felt that with no change in policy the deficit will grow by $1 to $2 trillion each year. He also said that China only owns about 8% of our debt so the idea that they have a lot of control and influence from this perspective has been blown out of proportion. He went on to say the trade deficit isn’t the real problem but rather is the federal deficit. In the end, I got the impression Flinchbaugh is suggesting the federal deficit will become a problem and may be the catalyst to the next recession.

Now that the fear has been laid upon us (you should be familiar with this feeling by now if you ever watch the news), let’s take a look at another perspective. In an article from economist, Brian Wesbury, titled “Fear the Spending, Not the Debt”, Brian makes the case for why the debt may not be the biggest concern. He acknowledges the Congressional Budget Office projects roughly $1 trillion in annual deficits as far as the eye can see, so it’s understandable people would be alarmed. Here’s what Brian says we are missing: “In spite of record debt, the net interest on the debt should finish the year (2019) at 1.8% of GDP. For perspective, that’s lower than it ever was from 1980 through 2001, during which it averaged 2.7% of GDP – and some of those years saw budget surpluses.” Furthermore, he went on to point out that even if Treasury yields blasted up to 4% across all maturities and we assume an average 2.5% yield representing all outstanding Treasury debt today, that would be a 60% increase in interest costs. But a 60% increase from 1.8% of GDP in net interest costs would result in 2.9% of GDP in net interest costs which is very close to the long-term average in the 1980s and 1990s Brian says. And I think most have come to accept interest rates don’t seem poised for a jump of that magnitude anytime soon (10-year Treasury at 1.60% as of 1/27/20), not to mention it would take awhile for the debt to rollover to higher rates. Brian suggested that the real problem to be addressed is the level of spending on entitlement programs including Social Security, Medicare, Medicaid and Obamacare. And with that, it’s time to take a ride on the government bicycle! 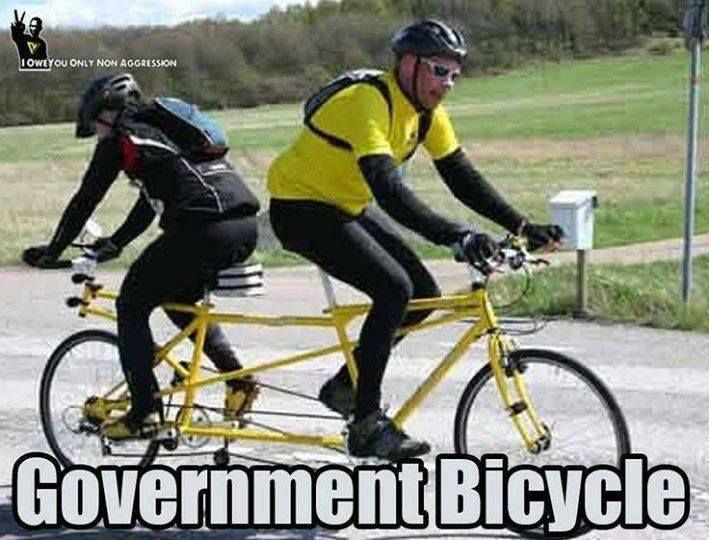 The latter description on the current state of affairs seems to shed some light on why the equity markets appear unphased by the national debt level although it’s possible it may become more of a focus in the future. As the joke goes, if you put 2 economists in a room you’ll get 3 opinions.

Eventually another recession will come down the tracks but it’s not the train you see coming that’s likely to hit you. Remember real investors focus on what they can control like saving more, managing their behavior by not buying high and selling low and taking the long view – this approach generally pays better than the alternative.

Advisory services offered through Plains Advisory LLC, an investment adviser registered with the State of Nebraska. Insurance products and services are offered and sold separately through John Posey, a licensed insurance agent. No investment strategy can guarantee a profit or protect against loss in periods of declining values. Opinions expressed are subject to change without notice and are not intended as investment advice or to predict future performance. Past performance does not guarantee future results. Consult your financial professional before making any investment decision.

Any information provided is designed to provide general information on the subjects covered, it is not, however, intended to provide specific legal, tax, financial or investing advice and cannot be used to avoid tax penalties or to promote, market, or recommend any plan or arrangement. Please note that Plains Advisory LLC does not give legal advice. You are encouraged to consult an attorney.